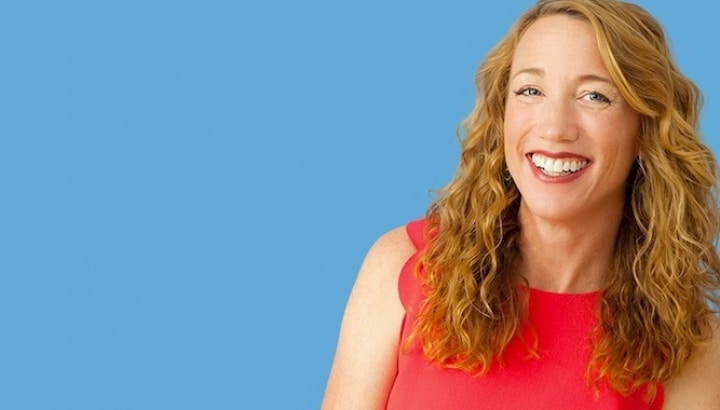 Christine Carter has clearly married the wrong man—again. Or did she?

When I met Mark, the man who is now my second husband, I was optimistic. He met my propensity for anxiety with a proclivity for deep calm. He told me that he wanted to dedicate the second half of his life to romance. I was sold. Even better, no one was a bigger champion of me (or my work) than him. In that first year together, he gushed over me in a way that only my grandmother had done before. It felt great.

Four years after we met, we married. It was something I had to talk Mark into; going through a divorce is hard, and neither of us were eager to go through that again. But I think I had a deeper agenda, one I couldn’t see then. I think I wanted to marry Mark in part because I didn’t want to raise my kids alone. It was so much more fun to have an adult to talk to at night. I also married Mark—again, unconsciously—in an attempt to preserve those feelings of being adored which are the hallmark of the early stage of almost every relationship. Nothing could be more romantic than a wedding and a honeymoon; nothing, in theory, could make our relationship more permanent than marriage.

This is obviously faulty logic. There was, of course, no actual connection between the feelings I wanted to resurrect and the institution of marriage. Indeed, as Alain de Botton has so wisely written, we attempt to use marriage to “make nice feelings permanent.” He continues:

Marriage tends decisively to move us onto another, very different and more administrative plane, which perhaps unfolds in a suburban house, with a long commute and maddening children who kill the passion from which they emerged. The only ingredient in common is the partner. And that might have been the wrong ingredient to bottle.

Marriage did move us onto a decisively different plane, complete with a move to the suburbs and the ensuing long commute. Three of our teenagers decided to live full-time with us (the fourth goes to boarding school). This was a departure from the week-on, week-off custody arrangements we were used to. Mark and I lost all the alone-time we had as a couple, but our family life blossomed. I thrived in a house full of teenagers.

Without the time to ourselves we were used to—and with some significant family stressors hammering away at us—Mark and I started operating a little more like middle-aged business partners than twenty-somethings in love. It became unclear to me how people with teenagers underfoot could ever have sex without the constant (and libido-killing) threat of interruption. An unending family feud about how to load our new dishwasher developed.

Recently, in the midst of the still-ongoing dishwasher feud, dozens of text messages deep into an argument about why it is idiotic/wasteful to rinse dishes before loading them into the dishwasher, I realized: Once again, I have married the wrong person.

Stop the world
I know I’m not alone with my questions.

Do you, too, sometimes have a sinking feeling that you did not marry “the one”? Perhaps you have married a person with whom the sex is not always frequent, passionate, and surprising. Perhaps your spouse’s blind adoration seems to be fading? Do the two of you sometimes feel contempt or defensiveness in the face of each other’s “helpful” feedback? If that sounds familiar, you have likely married the wrong person.

That’s okay. Here’s what I didn’t understand until recently: We all marry the wrong person. Or, rather, we marry people for reasons that don’t really pan out over the long haul.

According to the brilliant de Botton, we mustn’t abandon our flawed spouses simply because our marriages aren’t living up to childhood daydreams. Instead, we need to jettison “the Romantic idea upon which the Western understanding of marriage has been based the last 250 years: that a perfect being exists who can meet all our needs and satisfy our every yearning.”

It’s no small feat for me to let go of this cultural ideal. For many decades, it has housed my most cherished hopes and dreams. In middle school, I started fantasizing about having a man to “stop the world and melt with,” thanks to Modern English, and despite no lasting evidence that such a person existed, I have never really stopped awaiting his arrival.

It’s this gap between expectation and reality that generates all of life’s disappointments. We human beings have a wonderful capacity to create rich fantasies. But when we expect our reality to match a fantasy and life doesn’t deliver what we imagined it would, it’s hard to feel anything other than cheated.

The truth is not very appealing: There is no prince in shining armor coming to save me from my loneliness and anxiety, to rescue me from my feelings of inadequacy. It begs hard questions: Can I consistently feel grateful for what I do have, rather than disappointed in what I don’t? Can I let go of my attachment to a cultural idea that is, quite literally, a fairy tale?

In truth, I don’t really want to let go of my romantic fantasies. I like them. They are like the promise of an amazing meal or unforgettable vacation. And every once in a while, I do, in fact get one of those things.

Choosing imperfection
As if he knew that I’ve been thinking about all this, the other day in the car Mark asked me if I’d marry him again, knowing what I know now. Actually, he didn’t ask so much as he asserted, with good humor, that he knew I wouldn’t marry him again.

“You’d marry someone more spiritual,” he declared. “And more emotionally expressive. Someone younger.”

“I would choose you,” I insisted, and not just because I don’t like to be told what I do and don’t like.

In my heart I knew it was true: I would marry him again and again, even now that I know that marriage is not necessarily easier or more pleasant than being alone, even accepting that marriage does not have any power to transport us back into a state of romantic bliss.

I know now that no actual human being can ever measure up to the romantic fantasy of a soulmate. Mark might be imperfect (and imperfect-for-me), but I am also highly imperfect and, as such, imperfect for him. It’s such a fair match.

It’s clear that all along I’ve been asking the wrong question. “Are you the right person for me?” leads only to stress and judgment and suffering.

Determining the rightness of a match between ourselves and another is a fundamentally flawed enterprise, because nothing outside of ourselves—nothing we can buy, achieve, and certainly no other person—can fix our brokenness, can bring us the lasting joy that we crave.

A more empowering—and more deeply romantic—question is: Am I the right person for you?

A more constructive (and potentially satisfying) proposition is to ask: Can I accommodate your imperfections with humor and grace?

Can I tolerate your inability to read my mind and make everything all-better?

Can I negotiate our disagreements with love and intelligence? Without losing myself to fear and emotion?

Am I willing to do the introspective work required of marriage? Can I muster the self-awareness needed to keep from driving you away?

Do I think I am brave enough to continue loving you, despite your flaws, and, more importantly, despite mine?